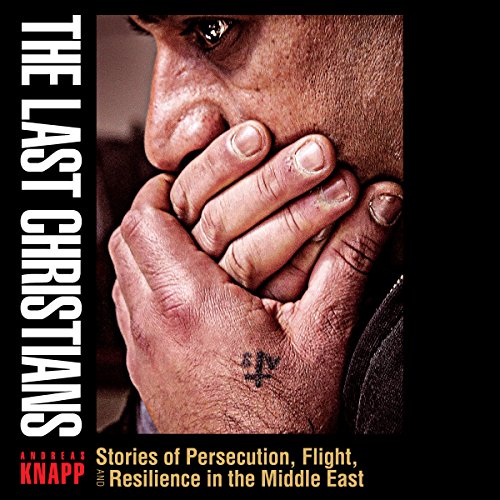 A Westerner's travels among the persecuted and displaced Christian remnant in Iraq and Syria teach him much about faith under fire.

Inside Syria and Iraq, and even along the refugee trail, they're a religious minority persecuted for their Christian faith. Outside the Middle East, they're suspect because of their nationality. A small remnant of Christians are on the run from the Islamic State. If they are wiped out, or scattered to the corners of the earth, the language that Jesus spoke may be lost forever - along with the witness of a church that has modeled Jesus' way of nonviolence and enemy-love for two millennia.

The kidnapping, enslavement, torture, and murder of Christians by the Islamic State, or ISIS, has been detailed by journalists, as have the jihadists' deliberate efforts to destroy the cultural heritage of a region that is the cradle of Christianity. But some stories run deep, and without a better understanding of the religious and historical roots of the present conflict, history will keep repeating itself century after century.

Andreas Knapp, a priest who works with refugees in Germany, travelled to camps for displaced people in the Kurdish region of northern Iraq to collect stories of survivors - and to seek answers to troubling questions about the link between religion and violence. He found Christians who today still speak Syriac, a dialect of Aramaic, the language of Jesus. The uprooted remnant of ancient churches, they doggedly continue to practice their faith despite the odds. Their devastating eyewitness reports make it clear why millions are fleeing the Middle East. Yet, remarkably, though these last Christians hold little hope of ever returning to their homes, they also harbor no thirst for revenge. Could it be that they - along with the Christians of the West, whose interest will determine their fate - hold the key to breaking the cycle of violence in the region?