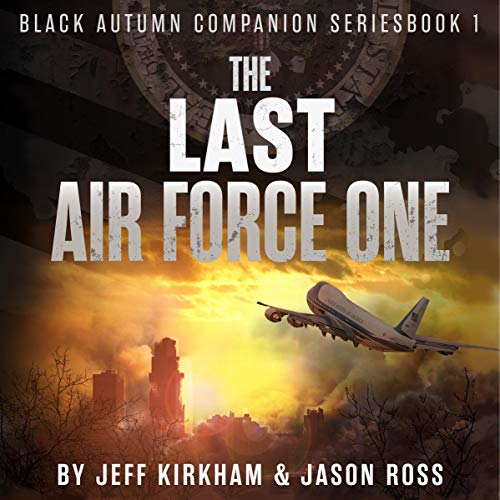 The Last Air Force One: A Post-Apocalyptic Thriller

President Nathaniel “Dutch” McAdams and his family are swept away on Air Force One when a Black Swan event cripples the rattled American economy. Meant to be a safe-haven, he soon finds the violence in the air just as savage as the chaos on the ground.

Dutch is running out of time, and he must choose between his own child or the fate of millions of Americans; most of whom are woefully unprepared and running blind in mass hysteria.

The Last Air Force One is a post-apocalyptic political thriller, and a companion to Black Autumn. Can be listened to in any order.