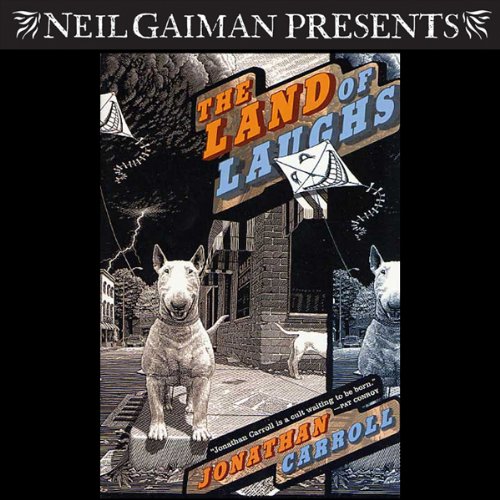 The Land of Laughs

The Land of Laughs

A few words from Neil on The Land of Laughs: "I chose The Land of Laughs for Neil Gaiman Presents because I love Jonathan Carroll’s books and want to bring them to as wide an audience as possible. I suspected the character of Thomas Abbey would be both a challenge and an opportunity for the right narrator. Edoardo Ballerini conveys a certain wistfulness and vulnerability underneath Abbey’s grumpiness."

Thomas Abbey is a man stuck in a rut. An English teacher in a small Connecticut prep school, Abbey is in a crisis. His career is unfulfilling, he has no social or love life to speak of, and he cannot break out of the shadow of his famous father, the actor Stephen Abbey. To kick-start his life, he takes a sabbatical to work on a biography of his favorite writer, Marshall France. France's books were the only thing that kept Abbey sane during his childhood, and though he was renowned for his lyrical and imaginative children's books, nearly nothing was known about the writer's life.

Although Abbey has been warned that France's daughter, Anna, has blocked all previous attempts at her father's biography, he and Saxony Garder - an intense woman also obsessed with France's life - head to Galen, Missouri, with high hopes of breaking down Anna's resistance. They are surprised to find Anna the soul of small-town hospitality and quite excited about Abbey's proposal - even eager to get the project finished as soon as possible.

Even stranger than Anna's behavior is the town of Galen itself. On the surface, all is as a small Midwestern town should be. But the people of the town seem to know what their future holds - freak accidents and all - down to the hour and are as eager for Abbey to finish the biography as Anna is.

To hear more from Neil Gaiman on The Land of Laughs, click here, or listen to the introduction at the beginning of the book itself.

"Edoardo Ballerini perfectly captures the hesitant and faltering Thomas Abbey, a schoolteacher who wants to write the biography of his favorite children’s author, the mysterious Marshall France. Thomas’s story starts out realistically enough, but when he and his girlfriend take a research trip to France’s hometown in Missouri, things begin to veer into the bizarre. Ballerini makes the listener sympathize with Thomas, even as he begins an affair with France’s daughter, Anna, a woman obsessed with her dead father. Ballerini’s command of Thomas’s character and his spot-on voices for the secondary characters ground the story as it becomes more fantastical and the listener learns that either things aren’t what they seem or Thomas is not entirely sane. An unsettling examination of obsession." ( AudioFile)