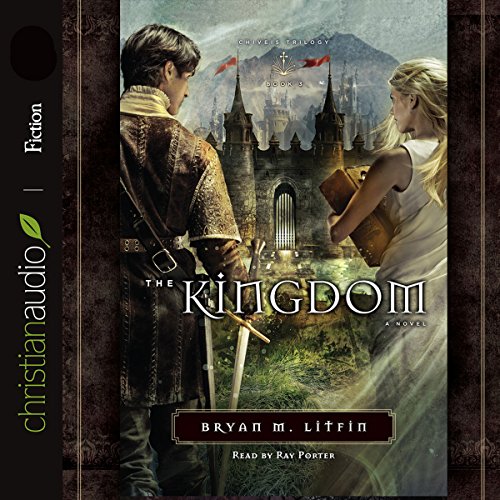 In books 1 and 2 of the Chiveis Trilogy, The Sword and The Gift, Teo and Ana find the Old and New Testaments, which had been lost for centuries. Their discoveries lead to new friendships and renewed faith within a small band of men and women working to spread the knowledge of the one true God. But now an ancient pact has united enemies of the Christian faith. Through the discovery of a powerful military technology, this dark alliance now threatens to consume the known world. Teo and Ana learn of the nefarious plot, and against overwhelming odds race to stay one step ahead of their enemies, traversing stormy seas, dangerous cities, and smoldering volcanoes. As armies begin to mass for a final battle, the odds seem to favor the forces of evil, and Teo and Ana will have to fight for faith when all hope has been lost.

In the final book of the Chiveis Trilogy, Litfin takes listeners on a journey filled with peril, faraway lands, and adventure. Men and women alike will enjoy the fast-paced narrative, imaginative plot, and vivid descriptions of this master storyteller.