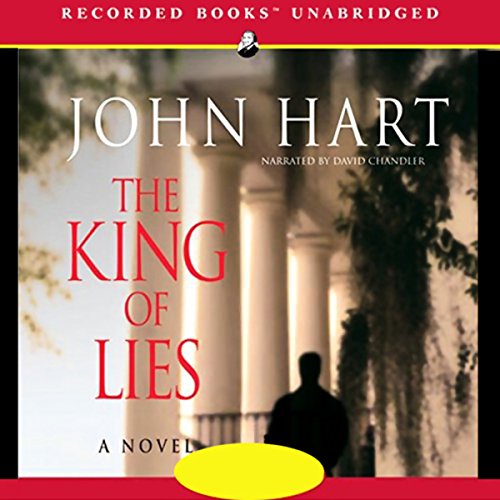 The King of Lies

John Hart creates a literary thriller that is as suspenseful as it is poignant, a riveting murder mystery layered beneath the southern drawl of a humble North Carolina lawyer. When Work Pickens finds his father murdered, the investigation pushes a repressed family history to the surface and he sees his own carefully constructed facade begin to crack.

Work's troubled sister, her combative girlfriend, his gold digging socialite wife, and an unrequited lifelong love join a cast of small town characters that create no shortage of drama in this extraordinary, fast-paced suspense novel.

Hart's mastery of prose and plot belie his newcomer status as he explores the true heart of a man. An illuminating anatomy of a murder and the ripple effect it produces within a family and a community, The King of Lies is a stunning debut.

"[A] stunning debut, an exceptionally deep and complex mystery thriller....Few readers will be able to resist." ( Publishers Weekly)
"This is a first novel that lunges off the page, just grabs the reader by the throat and won't let go....Hart is a fine stylist, turning phrases with a panache that recalls Raymond Chandler." ( Booklist)

The plot buried under the repeating description of feelings and thoughts. One step forward, two steps back. The main character's decisions are mostly irreproduciable and his self-pity is tiring and growingly annoying. Unfortunately the readers voice and pronounciation emphasizes this.

I enjoyed listening to this book a lot. The story was never boring but thrilling.