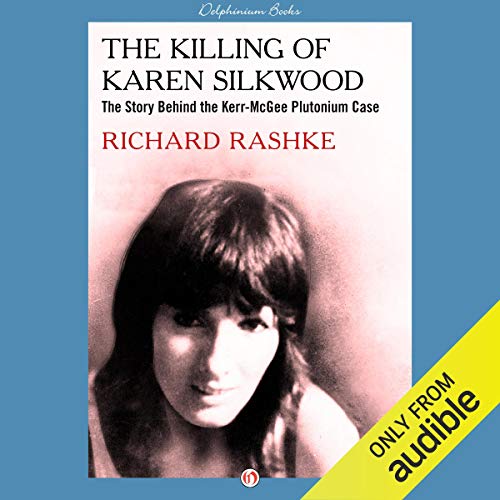 The Killing of Karen Silkwood

Karen Silkwood, an employee of the Kerr-McGee plutonium processing plant, was killed in a car crash on her way to deliver important documents to a newspaper reporter in 1974. Silkwood was a union activist concerned about health and safety issues at the plant, and her death at age 28 was considered by many to be highly suspicious. Was it Kerr-McGee's revenge on a troublesome whistle-blower? Or was it part of a much larger conspiracy reaching from the Atomic Energy Commission to the FBI and the CIA?

Richard Rashke leads us through the myriad of charges and countercharges, theories and facts, and reaches conclusions based solely on the evidence in hand. Originally published in 1981, his audiobook offers a vivid, edgy picture of the tensions that racked this country in the 1970s. However, the volume is not only an important historical document. Complex, fascinating characters populate this compelling insider's view of the nuclear industry. The issues it explores - whistle-blowers, worker safety, the environment, and nuclear vulnerability - have not lost relevance today, 26 years after Silkwood's white Honda Civic was found trapped in a concrete culvert near Oklahoma City. For this second edition, Rashke has added a preface and three short chapters that explore what has been learned about Silkwood since the book's original publication, explain what happened to the various actors in the drama, and discuss the long-term effects of the events around Silkwood's death.