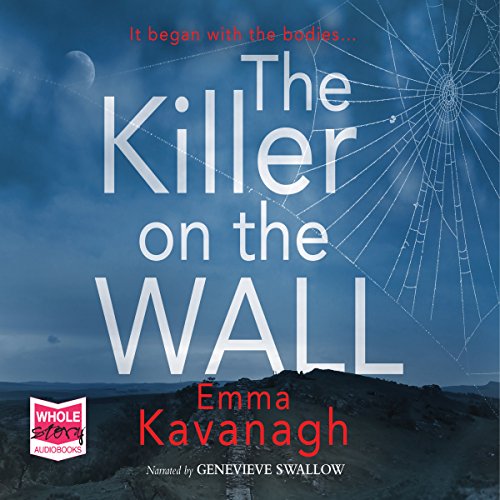 The Killer on the Wall

The Killer on the Wall

When three bodies are found in close succession in a tight-knit Cumbrian community, everyone knows the victims. This was 15 years ago. Since then, there have been more deaths but no further clues.

Emilia Hellier has grown up in the shadow of a serial killer, watching her father's hunt for the killer twist and change her family. Now she belongs to the same CID department. Now it's her turn to figure out who has cast such a shadow over their lives.

The new novel from the author of Falling, Hidden and The Missing Hours - this is a gripping psychological thriller filled with the knowledge and nail-biting experience of a former police psychologist.

"A classic and very exciting countdown-to-disaster story...Kavanagh expertly weaves these narratives together to make a comprehensive whole...skilful." (Daily Mail, on Hidden)
"Dark, tense and convincing, this is a brilliantly executed and engrossing thriller. An extremely assured debut." (Sunday Mirror, on Falling)

Das sagen andere Hörer zu The Killer on the Wall