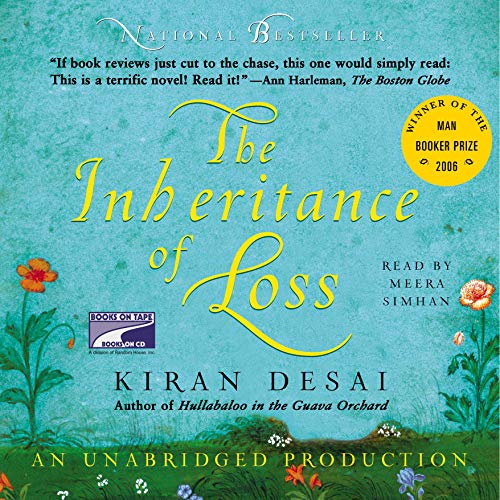 The Inheritance of Loss

At the foot of Mount Kanchenjunga in the Himalayas lives an embittered old judge who wants nothing more than to retire in peace. But this is far from easy with the arrival of his orphaned granddaughter Sai, come to live with him and his chatty cook. Biju, the cook's son, is trying to make his way in the US, flitting between a succession of grubby kitchen jobs to stay one step ahead of the immigration services.

Unbeknown to any of them, a Nepalese insurgency threatens Kalimpong, impacting Sai's blossoming romance, and causing the judge to revisit his past and his role in this grasping world of conflicting desires.
©2006 Kiran Desai (P)2007 Penguin Audio, a member of Penguin Group (USA) Inc. All rights reserved.
Literatur & Belletristik
Mehr anzeigen Weniger anzeigen

"Briskly paced and sumptuously written." ( The New Yorker)
"Desai imaginatively dramatizes the wonders and tragedies of Himalayan life and, by extension, the fragility of peace and elusiveness of justice, albeit with her own powerful blend of tenderness and wit." ( Booklist)
"In this alternately comical and contemplative novel, Desai deftly shuttles between first and third worlds, illuminating the pain of exile, the ambiguities of post-colonialism and the blinding desire for a 'better life', when one person's wealth means another's poverty." ( Publishers Weekly)