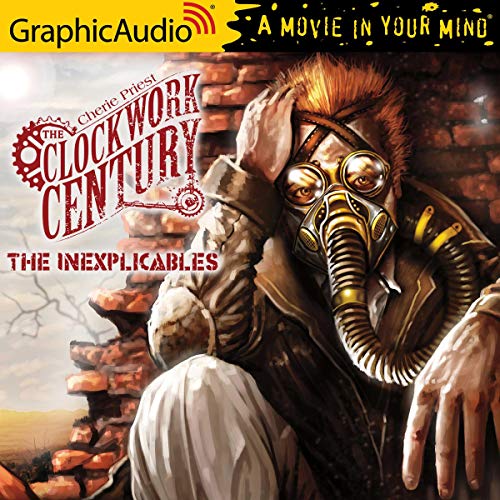 Rector “Wreck ‘em” Sherman was orphaned as a toddler in the Blight of 1863, but that was years ago. Wreck has grown up, and on his 18th birthday, he’ll be cast out out of the orphanage.

And Wreck’s problems aren't merely about finding a home. He’s been quietly breaking the cardinal rule of any good drug dealer and dipping into his own supply of the sap he sells. He’s also pretty sure he’s being haunted by the ghost of a kid he used to know - Zeke Wilkes, who almost certainly died six months ago. Zeke would have every reason to pester Wreck, since Wreck got him inside the walled city of Seattle in the first place, and that was probably what killed him. Maybe it’s only a guilty conscience, but Wreck can’t take it anymore, so he sneaks over the wall.

The walled-off wasteland of Seattle is every bit as bad as he’d heard, chock-full of the hungry un-dead and utterly choked by the poisonous, inescapable yellow gas. And then there's the monster. Rector's pretty certain that whatever attacked him was not at all human - and not a rotter, either. Arms far too long. Posture all strange. Eyes all wild and faintly glowing gold and known to the locals as simply "The Inexplicables."

In the process of tracking down these creatures, Rector comes across another incursion through the wall - just as bizarre but entirely attributable to human greed. It seems some outsiders have decided there's gold to be found in the city and they're willing to do whatever it takes to get a piece of the pie unless Rector and his posse have anything to do with it.