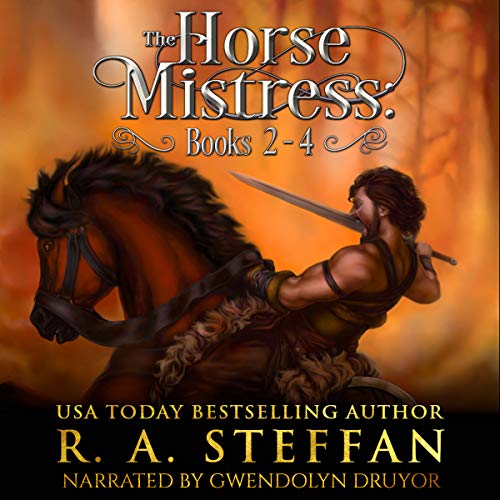 Carivel, Andoc, and Senovo have defied convention by declaring their love for each other. Carivel is a pariah - a female who has been quietly living as a man. Senovo has been hiding his shape-shifting curse, believing the wolf inside him to be a vicious killer. When their secrets are finally revealed to the village elders, they fear dragging Andoc down with them. Next in line to become Draebard's tribal chieftain, Andoc risks his position by continuing with such an unorthodox relationship. With invasion looming, the three lovers can no longer live quietly in the shadows of the village of Draebard. Now, they must work together to organize a defense against the terrifyingly powerful Alyrion Empire.

Suspenseful and steamy, The Horse Mistress: Books 2 - 4 tell the story of forbidden love and loyalty against a rich backdrop of magic, history, and impending war.

The Horse Mistress box set also contains an exclusive series epilogue not available anywhere else - Return of the Wolf.