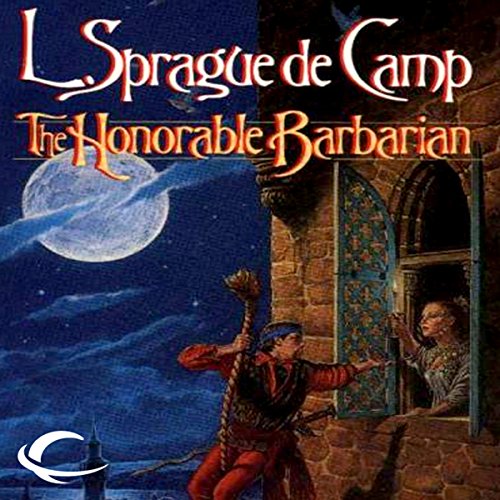 The Whims of Destiny Jorian, the one-time unbeheaded king, was now safely retired from a long career of getting into trouble. But his younger brother Kerin lacked such wisdom. The outraged father of Adeliza had caught him in compromising circumstances with the maiden. So Kerin had to be sent at once on a mission by sea to the Far East. But Kerin's talent for trouble was not to be denied. First came Belinka, a sprite sent by Adeliza to bring him back safe for her. The ship captain believed Kerin was seducing his mistress. Though innocent this time, Kerin left hastily in a rowboat. That got him to a hermit-wizard's island - and a voyage on a pirate ship, where the kidnapped princess Nogiri was held captive. Kerin was unable to save her - until he gained the help of the hermit-wizard, who then betrayed him by seizing the girl and fleeing with her to be used as a human sacrifice. From then on, events became hectic as Kerin managed to save Nogiri again, helped by a wizard who was the enemy of the first one. Belinka was much distressed by what happened then between Kerin and Nogiri - with cause - as they set out again, this time to the Emperor of the Farthest East. There Kerin discovered more magic, and the Emperor learned that no man should be absentminded when using a powerful spell. But it was later that Kerin discovered the limitations of roller skates.