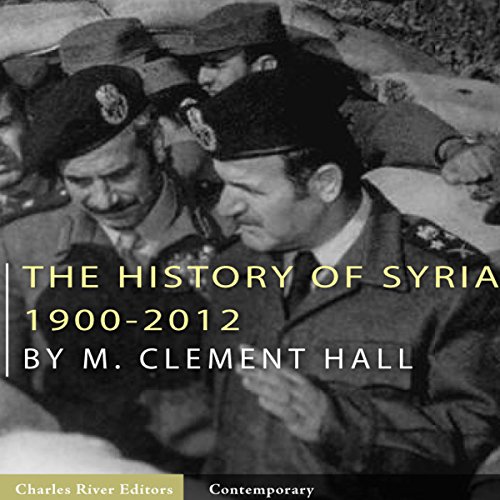 As one of the hottest political topics in the world today, nearly everyone is aware of the ongoing violence in Syria, between forces loyal to the regime of Bashar al-Assad and opposition looking to overthrow the regime. Within that narrative are a number of sensitive issues, including sectarian strife between the majority Sunni population and the Alawites, not to mention Christians.

People may know what's going on in Syria today, but how did Syria get to where it is today, at the forefront of the Arab Spring? The history of Syria in the last century is one of turbulence, violence, and political intrigue, with local religious sects battling for control of the land while foreign powers vied to maintain influence over the region. What resulted was a toxic and twisted mess that has precipitously affected the entire region, from Israel and Lebanon to Iran and Iraq.

The History of Syria: 1900-2012 comprehensively and descriptively unweaves the web, progressing through the history of Syria from the days of the Ottoman Empire to now, by examining all of the different religious, political, foreign, and military issues that affect Syria and are affected by Syria today. Along with maps showing how the modern state of Syria came to be formed, The History of Syria: 1900-2012 will bring listeners up to speed on one of the world's most volatile and violent hotspots today.

The narrator pronouncing for Arabic names is bad

The narrator pronouncing of Arabic names is so annoying, should have take more time to learn.