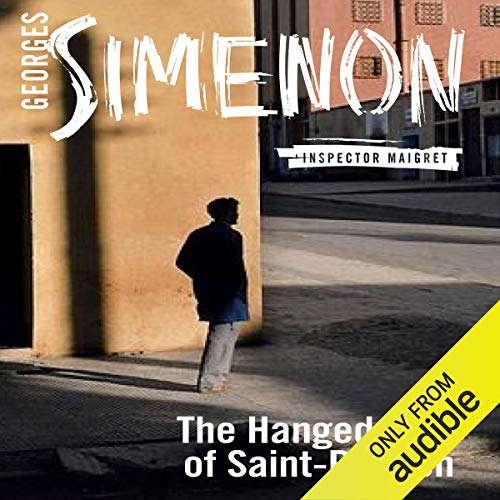 The Hanged Man of Saint-Pholien

The Hanged Man of Saint-Pholien

Georges Simenon's haunting tale about the lengths to which people will go to escape from guilt, translated by Linda Coverdale as part of the new Penguin Maigret series.

A first ink drawing showed a hanged man swinging from a gallows on which perched an enormous crow. And there were at least twenty other etchings and pen or pencil sketches that had the same leitmotif of hanging.

On the edge of a forest: a man hanging from every branch. A church steeple: beneath the weathercock, a human body dangling from each arm of the cross... Below another sketch were written four lines from François Villon's Ballade of the Hanged Men.

On a trip to Brussels, Maigret unwittingly causes a man's suicide, but his own remorse is overshadowed by the discovery of the sordid events that drove the desperate man to shoot himself.

Linda Coverdale is the awarding-winning translator of many French works and has been honoured with the title of Chevalier of the Order of Arts and Letters for her contribution to French literature.

"Compelling, remorseless, brilliant" (John Gray)
"One of the greatest writers of the twentieth century... Simenon was unequalled at making us look inside, though the ability was masked by his brilliance at absorbing us obsessively in his stories" ( Guardian)
"A supreme writer... unforgettable vividness" ( Independent)