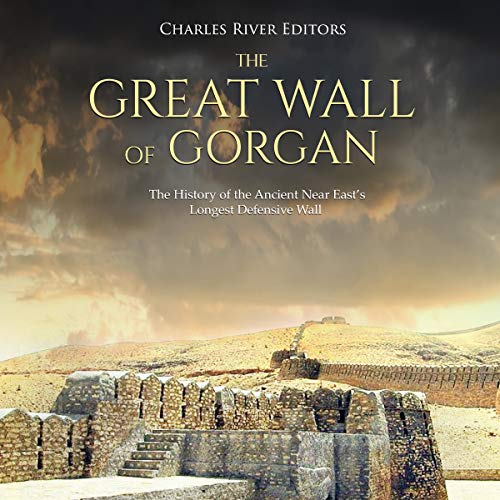 The Great Wall of Gorgan

Throughout history, walls have been constructed as part of nations’ and kingdoms’ defensive structures to keep barbarian hordes, marauding rebels, and recalcitrant tribes out of defined geographic areas. Defensive walls were usually constructed by fairly advanced and sophisticated peoples, such as the Romans and Chinese. Of course, the most famous of all defensive walls in the world is the Great Wall of China. The Romans also built spectacular walls, most notably the Antonine Wall and Hadrian’s Wall. The purpose of those walls was to set the northern limit of the Roman Empire, and, like the Great Wall of China, it was intended to keep out or slow down marauding barbarian tribes from the north.

The Sasanians built an equally impressive wall in central Asia, one that was longer than Hadrian’s Wall and by all accounts just as effective when it was still in use. Throughout the centuries, the Sasanian wall has gone by several different names, but it is now known as the “Great Wall of Gorgan” due to its length and location near the city of Gorgan in the modern nation-state of Iran. The Great Wall of Gorgan was used much longer than the better known Roman walls to keep enemies at bay. From the 5th century CE, and possibly centuries earlier, the Great Wall of Gorgan continually served as a military wall and fortification system until sometime after the Arab Muslim conquest of central Asia in the mid-7th century CE. In fact, while the Great Wall of Gorgan played in important role in the history of the Sasanian Empire, it may have been conceived by the Parthians or earlier.

Today, many scholars consider the Sasanian Empire to be the last great empire of the ancient Near East because once it had been obliterated, Islam became the standard religion of the region, ushering in the Middle Ages. The Sasanian Empire was important for a number of reasons. Besides being the last of three great Persian dynasties, they carried on many Persian cultural traditions relating to religion and kingship. The Sasanians fostered and promoted the native religion of Zoroastrianism to the point of persecuting other religions from time to time. It was during the Sasanian period that the numerous Zoroastrian hymns, prayers, and rituals were collected under one book, known as the Avesta.

The Sasanians, like the Achaemenids and Parthians, also carried forth the Persian conflicts with the Hellenic world. Although the Achaemenids fought the Macedonian Greeks and the Parthians challenged the Romans for control of Mesopotamia, the Sasanians faced Rome in its later stages of collapse and subsequently fought the revitalized Byzantine Empire.