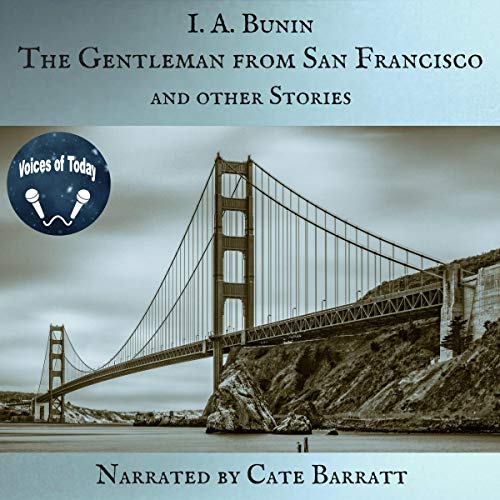 The Gentleman from San Francisco and Other Stories

Ivan Alekseyevich Bunin (1870-1953) was the first Russian author to receive the Nobel Prize for literature.

The theme of the title story, which describes the death of a wealthy American in the island of Capri, has distinct links with the more famous treatment of this subject - "Death in Venice", by Thomas Mann. Bunin wrote: "The idea of a story [called initially] 'Death on Capri' came to me and in four days I finished the piece. Everything else, "San Francisco" included, was pure fantasy. Nothing in it was real apart from the fact that once a certain American had really died after dinner in Quisisana hotel."

The collection consists of the following stories: