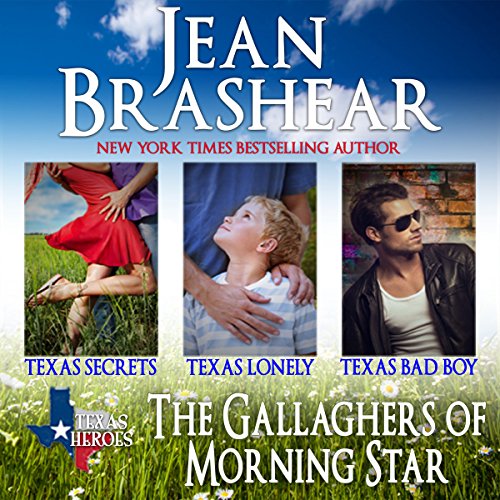 Four lives will be changed forever when they learn who they are is not what they always believed.

Dalton Wheeler vanished from Morning Star, Texas, nearly forty years ago under suspicion of murder, leaving behind him a trail of secrets, scandal, and lives torn apart in the wake of his reported death. The woman he loved married another, and life went on.

Now, the main characters in this tragedy are all gone, and in the wake of the final man's last will and testament, the past has roared back with a vengeance. Secrets will be revealed, and the lives of four people will be shattered as they learn that who they are and where they come from is not at all what they always believed.

Texas Secrets: Former SEAL Boone Gallagher returns to the only home he's ever known, only to find that the ranch has been willed to a stranger who doesn't want it - and he must keep her there for 30 days, or it will be lost to them both.

Texas Lonely: A loner who's lost faith in love is the only hope for a mother and child on the run.

Texas Bad Boy: A disgraced bad boy has his chance for revenge against the beautiful society girl who chose money over his love.