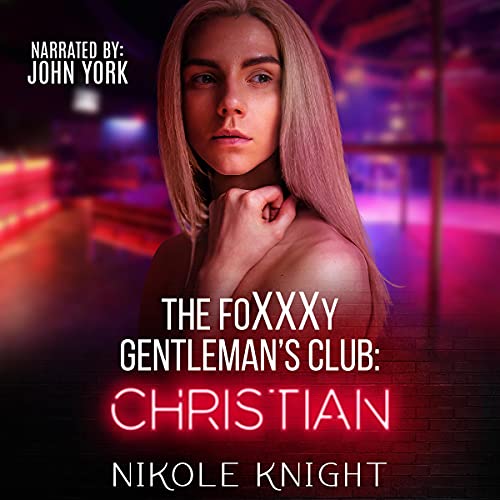 Foxxxy Rule Number One: Never fall for a client.

Christian Webber is femme, fabulous, and an absolute freaking mess. Although he loves his chaotic life, his cherished friends, and his job dancing and escorting at the exclusive Foxxxy Gentlemen’s Club, he’s also 29, single, and facing down the very real possibility of turning into a lonely, old cat lady. But an encounter with a client’s jaded son may change everything.

Gordon van Dierman has his life figured out. He owns a business, a house, and a dog with his partner of seven years, but when he learns of his partner’s infidelity, the grumpy Dutchman abandons everything he’s built and returns to his childhood home in America to lick his wounds in peace. But a run-in with a feisty, gender-fluid escort may be just what the doctor ordered.

When Chrissy and Gordon’s lives collide, it’s hate at first sight, to be sure, but the fire between them may be more than simple loathing. You know what they say: Love and hate are horns on the same goat - or however that expression goes.

Chrissy knows better than to fall for a client. But the rules don’t say anything about a client’s son, do they?