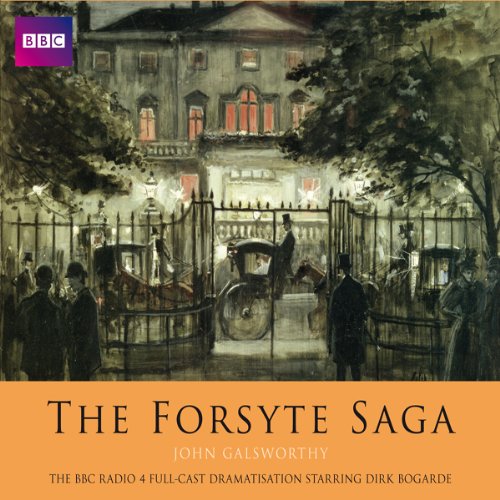 Galsworthy’s epic story chronicles the decline and fall of the Forsytes through almost 50 years of material triumph, emotional disaster, and a terrible feud that splits them asunder. Beginning in 1886, The Man of Property starts with the family wealthy, successful, and united.

But the actions of the arrogant Soames Forsyte and his beautiful wife Irene are to have disastrous consequences. In Chancery has marital discord as its theme, as various members of the family find themselves dealing with domestic dramas, affairs and divorce. To Letsees the second generation experiencing both the pain and the promise of love, as the sins of the father are visited on the Forsyte children.

With an all-star cast of over 30 experienced actors, and enacted over the course of 23 episodes, this thrilling tale of sex, power, and money will enthral you from beginning to end.