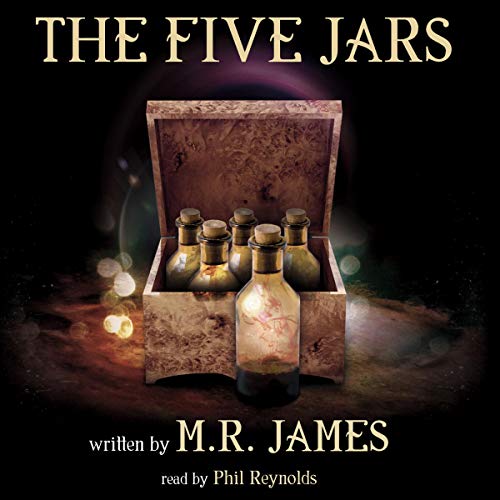 While he is out walking, our narrator is drawn to a remote pool and finds a small box that has been hidden since Roman times. He gradually learns how to use its contents, fighting off a series of attempts to steal it, and becomes aware of a strange world hidden from our own....

Best known for his Gothic tales of the supernatural, M. R. James presents his lesser-known surreal fantasy novella. Originally written for children, this peculiar tale is now enjoyed worldwide by fans of all ages!

About the author: Montague Rhodes James (1862-1936) became one of Britain's foremost medieval scholars, studying and teaching a King's College, Cambridge. However, it is not his scholarly works or achievements that he is best known for today. His first collection, Ghost Stories of an Antiquary, was published in 1904. A further three volumes followed: More Ghost Stories (1911), A Thin Ghost and Other (1919) and A Warning to the Curious and Other Ghost Stories (1925).

Following an English tradition, many of the 30 tales were made into Christmas Eve entertainments and were told to friends and colleagues. Since his death his stories have been told by millions across the globe and have spawned numerous television, film, stage and radio adaptions.