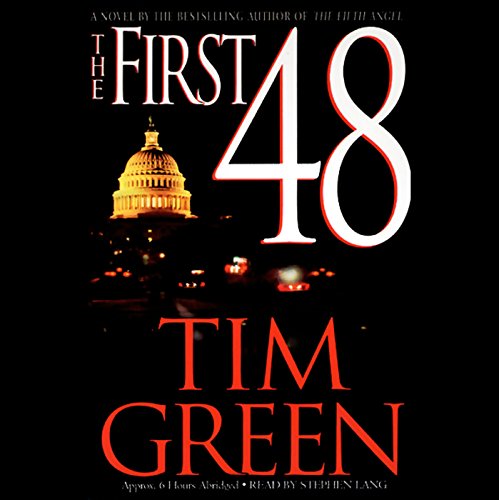 As a child, Jane Redmon heard the name Gleason in hushed whispers around her upstate New York home but never knew why. Now, as a fearless Washington Post reporter digging into a corruption case, she discovers the truth: Twenty years ago, before he became a senator, a young Michael Gleason ruined the career and life of her father, Tom, a public prosecutor on the rise.

Today, Tom Redmon has bottomed out as a low-rent attorney taking on unwinnable cases and as a widower living in an alcoholic fog and a crumbling house overlooking a lake. No one believes in him except his daughter and his 300-pound best, and only, friend, a reformed motorcycle gang member and computer whiz, Mike Tubbs.

When the D.C. police suspect a kidnapping, Redmon doesn't have to look at a list of suspects. As a former cop, he also knows that after the first 48 hours, victims disappear forever. Even as he jumps into his battered old pickup with Tubbs and heads to Washington, the countdown has already started.

In D.C., Redmon learns his daughter was last seen following a handsome attorney with sharp green eyes who promised secret files filled with the stuff Pulitzers are made of. But the labyrinth that is Washington cannot compare to the twisted trail Redmon and Tubbs will follow five hundred miles north, to a remote island in New York State where Jane has either fallen in love or is about to lose her life.

The clock is running down, and Tom doesn't know whom to trust, including himself. Is he fighting the battle he's been waiting for, or still tilting at windmills?

There's no time for mistakes. The First 48 could be his daughters last.