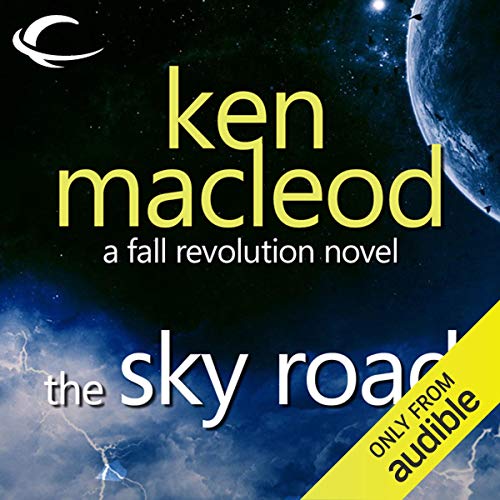 Centuries after the catastrophic Deliverance, humanity is again reaching into space. And Clovis, a young scholar working in the spaceship-construction yard, could make the difference between success and failure. For his mysterious new lover, Merrial, has seduced him into the idea of extrapolating the ship's future from the dark archives of the past. A past in which, centuries before, Myra Godwin faced the end of a different space age--her rockets redundant, her people rebellious, and her borders defenceless against the Sino-Soviet Union. As Myra appealed to the crumbling West for help, she found history turning on her own strange past--and on the terrible decisions she faces now. The Sky Road is a fireworks display, a bravura performance, and the most amazing novel yet by one of the powerful new voices in science fiction.