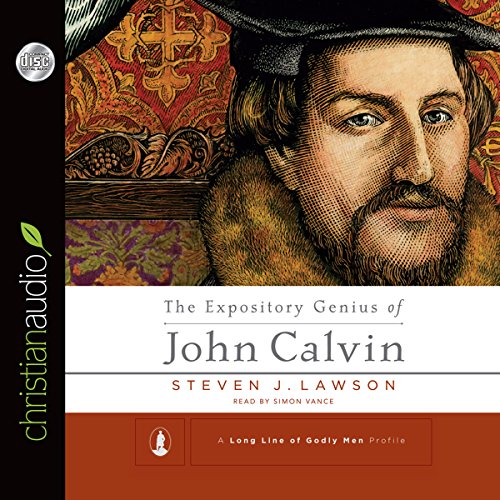 The Expository Genius of John Calvin

In The Expository Genius of John Calvin, Dr. Steven J. Lawson delves into the practices, commitments, and techniques that made John Calvin, the great Reformer of the 16th century, such an effective preacher during his long pastorate at Saint Pierre Cathedral in Geneva, Switzerland. Dr. Lawson identifies 32 distinctives of Calvin's preaching, providing comments from Calvin's writings, quotations from Reformation scholars, and examples from Calvin's own sermons to reinforce his points. In the end, Dr. Lawson finds in Calvin a strong model for expository preaching and calls on modern pastors to follow the Reformer's example.