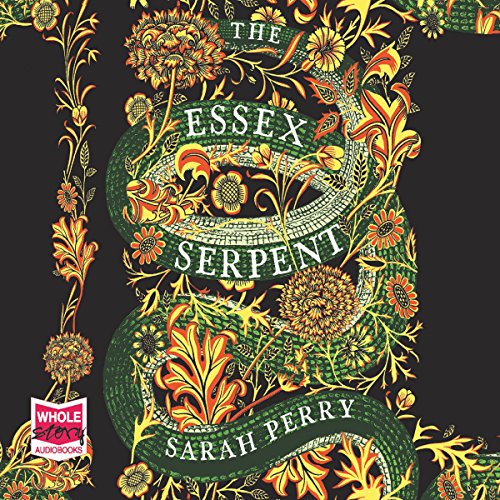 London 1893: When Cora Seaborne and her son Francis reach Essex, rumours spread from further up the estuary that the mythical Essex Serpent, once said to roam the marshes claiming lives, has returned to the coastal parish of Aldwinter. Cora, a keen amateur naturalist is enthralled, convinced that it may be a previously undiscovered species.

As she sets out on its trail she meets William Ransome, Aldwinter's vicar. They find themselves inexorably drawn together and torn apart, eventually changing each other's lives in ways entirely unexpected.

"One of the most memorable historical novels of the past decade." ( Sunday Times)
" The Essex Serpent is a novel to relish: a work of great intelligence and charm, by a hugely talented author." (Sarah Waters)

a multi layered story reminding me of V. Woolf

this is a quiet book, cleverly written with real life characters evolving during the year covered by the book. the book shows the contrast between faith on one side and the new theories of evolution published by Darwin on the other side, Socialists trying to improve the lives of the poor, and friendship clashing with desire.

Just boring. Stopped reading / hearing at about half the time. Characters did not come alive. The general undertone is sadness, quiet sadness.