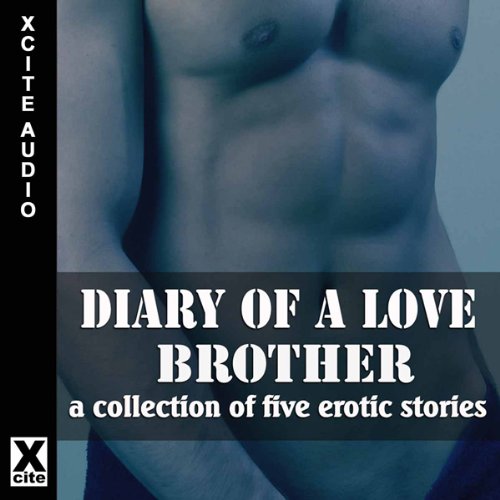 The Diary of a Love Brother

Diary of a Love Brother by Cynthia Lucas: Andy is a shy lifeguard who is afraid to come out, fearing the scorn of his friends and society and especially his father who can’t accept Andy’s lifestyle. He finds love and lust against the backdrop of the pop culture of the 1970s.

Night Shift by Garland: A prison guard at a maximum security prison begins a hot affair with the newest inmate, a dangerous Latino named Andul. Will Andul be able to satisfy the guard’s craving for dirty, taboo sex? Or will the guard’s lust for bad boys be his downfall?

Something’s Wrong by Penelope Friday: Anthony and Neil might work together, but they have nothing in common, nothing at all. They don’t even like each other. But who needs liking, when lust can be so all- consuming ...?

A Guy Walks into a Bar by Heidi Champa: When the perfect rock and roll guy steps out of your fevered dreams and into your life, you have to take a chance. Will the reality live up to the fantasy that has driven you mad all these years? There is only one way to be sure.

Sense Memory by J L Merrow: Blinded by a drunk driver, Colin is haunted by a sense memory the smell of wood chippings. When he meets up with Alban, who he’s been chatting with online, he finally finds out why.