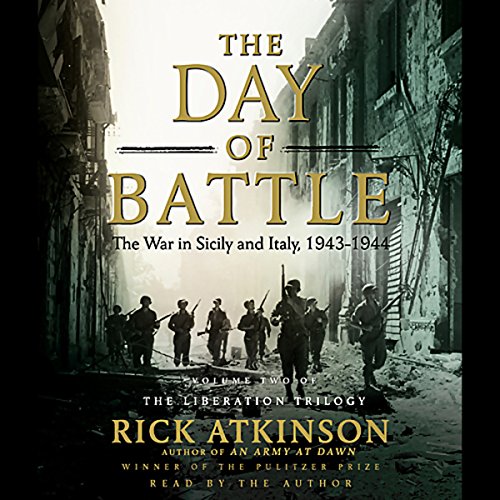 The Day of Battle

In An Army at Dawn, Rick Atkinson, winner of the Pulitzer Prize, provided a dramatic and authoritative history of the Allied triumph in North Africa. Now, in The Day of Battle, he follows the strengthening American and British armies as they invade Sicily in July 1943 and then, mile by bloody mile, fight their way north toward Rome.

The Italian campaign's outcome was never certain; in fact, Roosevelt, Churchill, and their military advisers engaged in heated debate about whether an invasion of the so-called soft underbelly of Europe was even a good idea. But once under way, the commitment to liberate Italy from the Nazis never wavered, despite the agonizingly high price. The battles at Salerno, Anzio, and Monte Cassino were particularly difficult and lethal, yet as the months passed, the Allied forces continued to drive the Germans up the Italian peninsula. Led by Lieutenant General Mark Clark, one of the war's most complex and controversial commanders, American officers and soldiers became increasingly determined and proficient. And with the liberation of Rome in June 1944, ultimate victory at last began to seem inevitable.

Drawing on a wide array of primary source material, written with great drama and flair, this is narrative history of the first rank. With The Day of Battle, Atkinson has once again given us the definitive account of one of history's most compelling military campaigns.