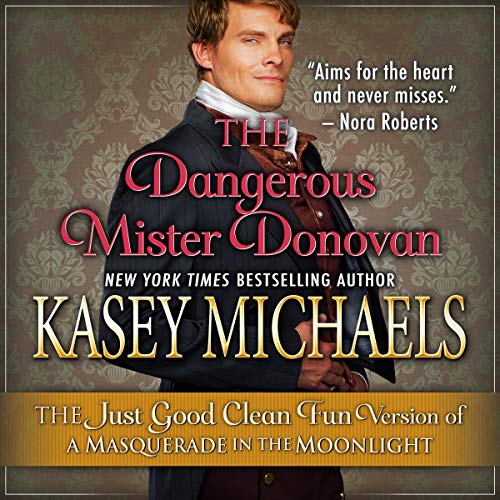 Marguerite Balfour lived an enchanted life as the beloved daughter of her soft-spoken mother and her adored father, a dreamer who filled her young life with hope and wonder. Anything was possible in Marguerite’s life...until the day her father died while she was in her young teens and her mother all but retreated from life. Marguerite carried on, trying to live by the words her father taught her, until everything she’d believed in came crashing down when her mother whispered into her ear as she was dying.

Now, Marguerite is a young woman out for revenge, and a year after her mother’s passing, she and her grandfather head to London for her come-out. At least that’s what her grandfather believes. Marguerite is there with exquisitely planned revenges on the five men she believes responsible for her parents’ deaths.

Thomas Joseph Donovan is also in London. He is there on a mission from President Madison. He is to meet with and discuss strategies with a group of men who had put forth a plan to prevent what seems now to be an inevitable war with the young country. But everywhere he goes, it seems that Marguerite is there ahead of him. Beautiful, intelligent, and apparently conniving Marguerite Balfour.

They each are very much in the other’s way, especially when their mutual attraction threatens to make Thomas suspicious of the men he has come to see. As one after the other, they appear to fall into disgrace, he comes to believe there can be only one person who could be pulling the strings, making the puppets dance to her tune...Marguerite.

But why? Follow along as Marguerite’s well-laid plans unfold, as Donovan can only try to earn her trust, becoming more concerned for her safety with every passing day.

Watch as two very different people learn to look not just with their eyes and minds, but to look again, this time with their hearts....