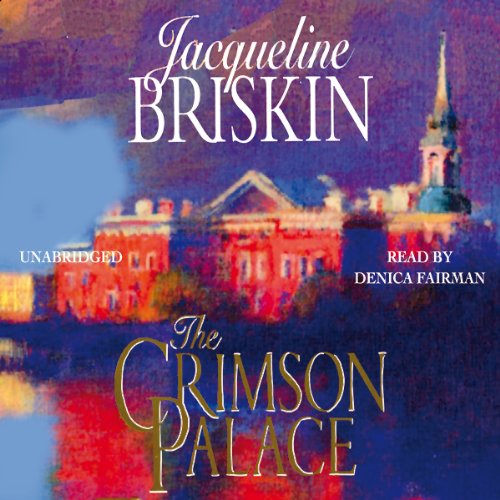 In the autumn of 1909, 12 months before the end of his three years of exile, Stephan Strakhov, a revolutionary of mysterious background, is returning to Russia. On board ship he meets a beautiful and vibrant young American woman, Marya Alexier, and saves her from what might have been a fatal accident. They fall deeply, abidingly in love.

Marya and her adored brother, Boris, are on their way to St Petersburg as guests of their only surviving relative, Count Ivan Paskevitch. Richer than the Tsar, a worldly man of keen intelligence and great passion, Paskevitch will stop at nothing to attain his desires. His magnificent Crimson Palace was built by his ancestors to house their most cherished possessions, and as Marya is showered with lavish gifts it gradually dawns on her that she become one of these valued treasures. Ignoring her emotions for Stephan, Paskevitch coerces her into becoming his mistress and eventually his wife. Marya is destined, or so it seems, for a life without love or happiness.

Set in the tumultuous years leading up to the Russian Revolution and the Civil War, The Crimson Palace is a sweeping novel of love and perilous intrigue, which endorses Jacqueline Briskin as one of our most successful international authors.