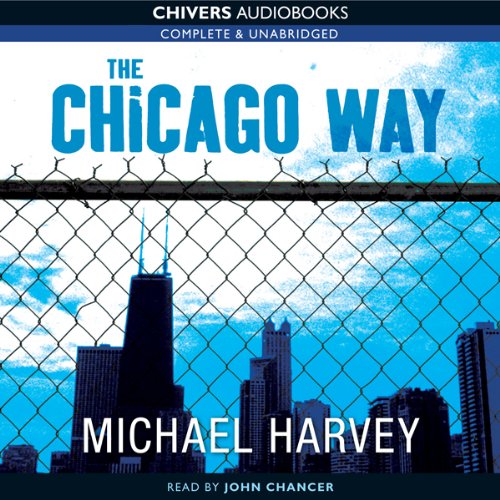 From the co-creator and executive producer of the television show Cold Case Files comes a fast-paced, stylish murder mystery featuring a tough-talking Irish cop turned private investigator, who does for the city of Chicago what Elmore Leonard did for Detroit and Raymond Chandler did for Los Angeles.

Chicago PI Michael Kelly is hired by his former partner, John Gibbons, to help solve an eight-year-old rape and battery case, a case it turns out his old friend was once ordered to forget.

When Gibbons turns up dead, Kelly enlists a team of his savviest colleagues to connect the dots between the recent murder and the cold case it revived.

"Michael Harvey's gritty debut, The Chicago Way, rips the classic crime novels of Raymond Chandler and Dashiell Hammett from their 30s origins and slams them like a brass fist into the teeth of modern-day Chicago. All of the pieces are here: Chandler's Byzantine plots and tack-sharp dialogue; a smorgasbord of knuckle sandwiches to sate the die-hard Hammett fan; and a damaged dame (platinum blonde, natch), straight out of a James Cain roadside diner. Seemingly destined for noir greatness, The Chicago Way both respects its gnarled roots and catapults hardboiled crime fiction into a new century." (Amazon.com review)