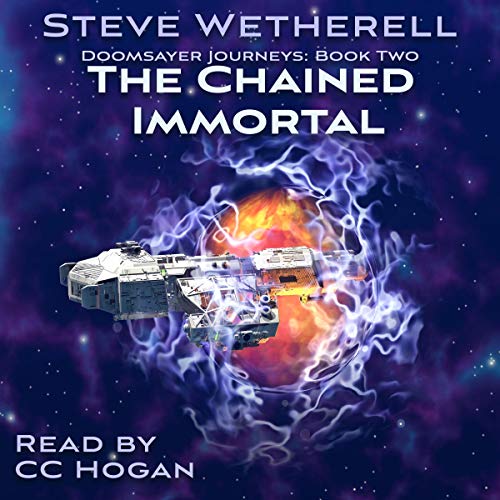 The second book in the critically-ignored comedy sci-fi series continues to solidify Wetherell's claim to the throne of Douglas Adams!

After announcing to the public that the Massive Ball of Death is coming to destroy everything, Bip finds himself locked away with the other criminally insane. Aided by his psyentific talent for exploding things and creating the random igloo, Bip manages to escape and team up with the immortal Handen Strike, the first Volunteer who ventured out to spread the Clarion’s message of total world devastation.

Joining their band of misfits is Azron, Genuine Diamond Geezer (1st class) and Xharon, a nearly nude warrior princess. Traveling across the face of Bersch, these four adventurers, albeit somewhat reluctant, must brave raging giants, the fountain of death, and savage birdmen to ensure their message reaches the ears of the very emperor who has been trying to imprison them.

With these three gems saving the world, what’s the worst that could happen?