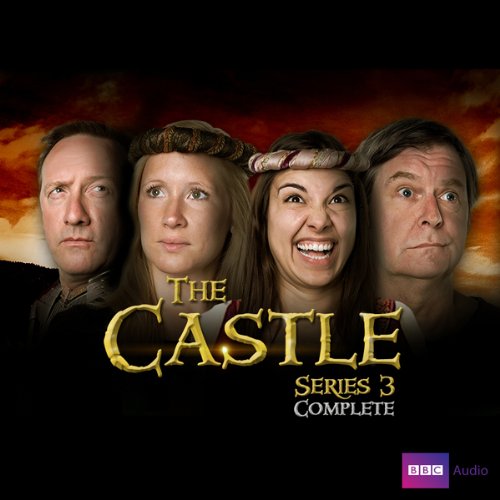 Hie ye to 'The Castle', a rollicking sitcom set way back then, starring James Fleet ('The Vicar Of Dibley', 'Four Weddings & A Funeral') and Neil Dudgeon ('Life Of Riley').

In the first episode, De Warenne is in trouble as an official enquiry into the Crusades gets mixed up with a Talent Competition and a Dragon of Mass Destruction. Plus embroidery gets a right dissing.

Next, Sir John grapples with both an adulterous affair and a tin of pilchards. Meanwhile, Thomas explores the secrets of the Universe and Anne falls in love with King Russell de Brand. After that, there’s romance in the air for Charlotte as a vicious gang war breaks out in the Castle. Meanwhile, De Warenne discovers the fondue and declares martial law.

In part 4, an Englishman’s home is his castle and an Englishman’s moat is his tax write-off. Until Sir John is investigated and has to hire some Frenchmen and a bucket of eels. In part 5, when some Mafiosi from De Warenne’s past pay a little visit, Henry becomes a made man and Charlotte becomes an unmade woman. Plus a clever Sting and a souped-up getaway sheep.

And in the last part, somewhere, over the rainbow... there are a bunch of idiots from Woodstock and a mysterious man known only as 'Lord Andrew Lloyd Webber'.

Estate Agents, mail-order lingerie and the invention of central heating; this is medieval England seen from a 21st century comedy perspective. This is the complete third series of the roistering sitcom from the pen of Kim Fuller, whose CV is as long as a really long arm, and includes 'Spitting Image', 'Red Dwarf', 'Rory Bremner', 'Lenny Henry' - and 'Spiceworld The Movie'.