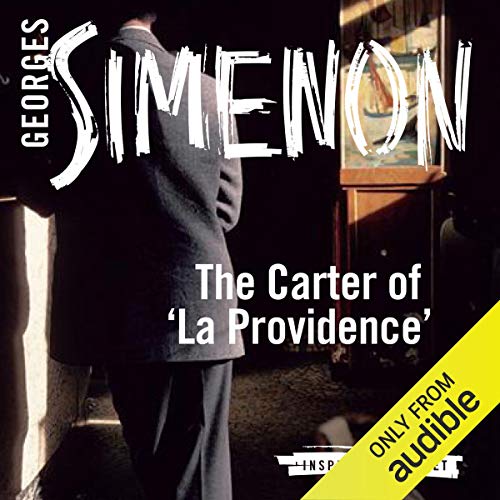 The Carter of ‘La Providence’

What was the woman doing here? In a stable, wearing pearl earrings, her stylish bracelet and white buckskin shoes! She must have been alive when she got there because the crime had been committed after 10 in the evening. But how? And why? And no one had heard a thing! She had not screamed. The two carters had not woken up.

Inspector Maigret is standing in the pouring rain by a canal. A well-dressed woman, Mary Lampson, has been found strangled in a stable nearby. Why did her glamorous, hedonistic life come to such a brutal end here? Surely her taciturn husband, Sir Walter, knows - or maybe the answers lie with the crew of the barge La Providence.

David Coward is Emeritus Professor of French at the University of Leeds, England, and an award- winning translator of numerous works from French.

"Compelling, remorseless, brilliant" (John Gray)
"One of the greatest writers of the twentieth century... Simenon was unequalled at making us look inside, though the ability was masked by his brilliance at absorbing us obsessively in his stories." ( Guardian)
"A supreme writer... unforgettable vividness." ( Independent)