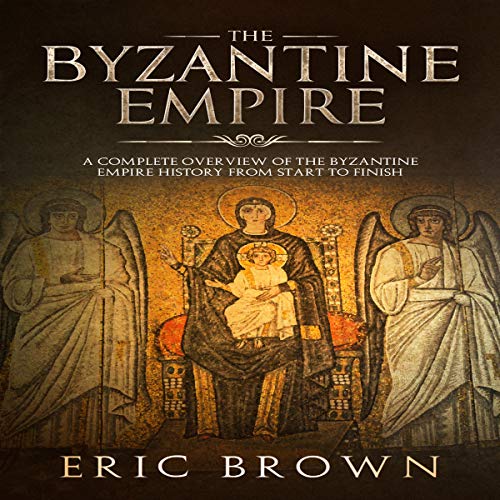 Discover the Byzantine Empire history from start to finish!

If you asked someone today when the Roman Empire ended, they might tell you 476 CE, the year that the final Roman Emperor in the west died. If you had asked someone at the time though, they might have told you that Rome was still very much alive - in Constantinople.

The civilization known to us as the Byzantine Empire was known in its day as the continuation of Rome and everything it had represented. The Byzantines were not simply persistent Romans. They were their own distinct and long-lived society, both Roman and more. At its territorial zenith, it was an empire that spanned across the Mediterranean, and at its peak, it was the most powerful state in eastern Europe.

From Constantine’s founding of Constantinople in 330 CE to the city’s fall in 1453 CE, the city and all that was controlled from it had an impact on the world, well beyond its boundaries. As the second longest-lived empire in the history of the world, one might say that this was inevitable, but it was the leadership it had during the best periods in its history that truly made the difference. A truly captivating period, the history of the Byzantine Empire will give listeners stories of order and chaos, glory and catastrophe, Paganism and Christianity.

In this book, you will learn about:

The history of the Byzantine Empire tells a tale of monumental victories and equally significant defeats - of a phoenix rising from the ashes over and over again until it simply ran out of miracles. It is also the tale of civilization which impacted and influenced virtually every one of its neighbors well after its fall and whose culture has persisted in some ways to this day.

Don’t wait another moment to enjoy from this information. Get your copy of The Byzantine Empire right away!