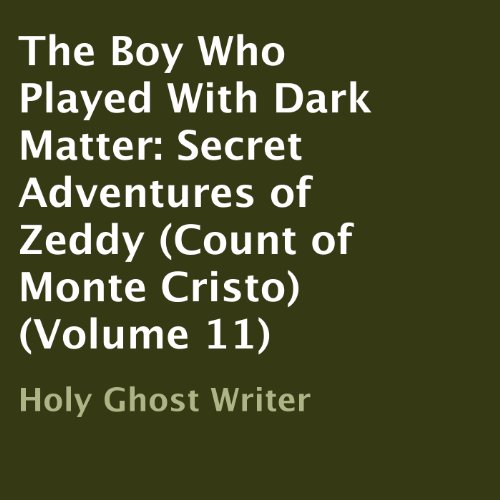 The Boy Who Played with Dark Matter: Secret Adventures of Zeddy

In a world where caffeine is distributed only by terrorists and 1000-SPF sunscreen isn't strong enough, scientists long for a discovery that will restore Earth to a greener state. However, the International Government likes to think it has everything under control, especially since it issues twenty to thirty new laws each day to keep its constituents current. Six-year-old Zeddy, whose IQ is off the charts, soon finds himself racing to avoid capture when his physicist father, Zane, goes missing. His mother, Zadie, suspects that the International Military Police have taken Zane, but Nimueh, the ancient Lady of the Lake, believes that he's in a parallel universe in a neighboring constellation. She also believes that young Zeddy, with a brain that is exceptionally rare is the key to saving Earth.

The Boy Who Played with Dark Matter is a charming tale told in the tradition of A Wrinkle in Time, by Madeline L'Engle. Like young Charles Wallace, who is misunderstood by his teachers and peers, Zeddy finds himself alone and forced to hide as much as possible in front of others. His only friend is a zutterfly made of dark matter, which proves to be a significant clue to finding his father.