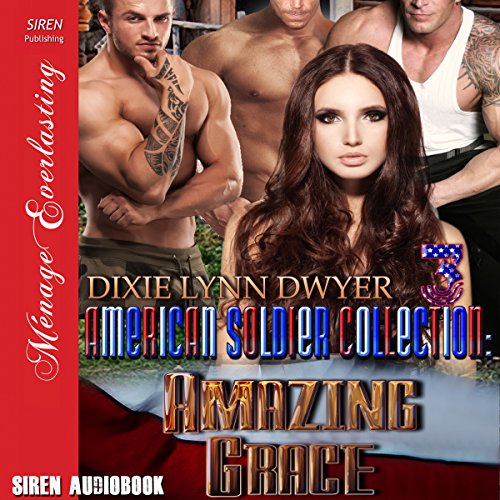 Two years have passed since Grace Thompson left her home and her family in Houston. One of her three brothers, Peter, convinces her to return home for her cousin Jamie's wedding. Reluctantly she gives in. Things seems wonderful, and everyone is happy to see her. A few days after her arrival, news spreads that a serial killer is on the loose, and government officials believe it is the same individual who killed Clara, Grace's sister, years ago. Grace is thrust into the arms of a special investigator, an ex-marine who is hired out by law enforcement and the government to solve difficult crimes and hunt down the killer. Sandman Sandstone and his two brothers, Big Jay and Duke, are ex-military and involved in law enforcement and investigation in some way. When they help keep Grace in protective custody, she manages to snag their hearts, which they thought were cold and dead. As they work on exploring a ménage relationship with her, she becomes the high target of the killer that even Sandman and his team cannot capture. Will the killer get to Grace, or perhaps force her to come to him as he begins to go after her loved ones, luring her into his trap?