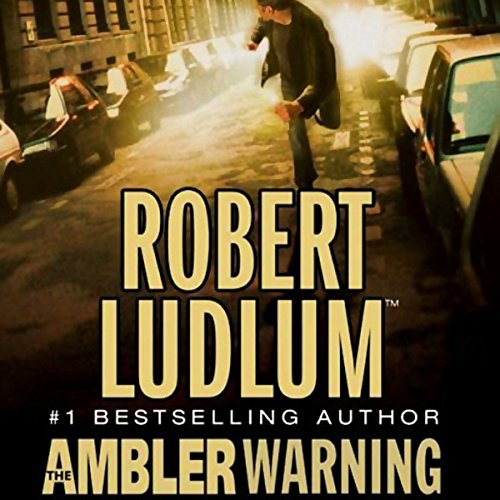 In Robert Ludlum's The Ambler Warning, an agent breaks out of a top-security institution where the government has kept him drugged for years only to discover that he's not the person he thinks he is.

On Parrish Island, a restricted island off the coast of Virginia, there is a little known and never visited psychiatric facility. There, far from prying eyes, the government stores former intelligence employees whose psychiatric state make them a danger to their own government, people whose ramblings might endanger ongoing operations or prove dangerously inconvenient.

One of these employees, former Consular Operations agent Hal Ambler, is kept heavily medicated and closely watched. But there's one difference between Hal and the other patients - Hal isn't crazy.

With the help of a sympathetic nurse, Hal manages to first clear his mind of the drug-induced haze and then pulls off a daring escape. Free, he's out to discover who stashed him there and why - but the world he returns to isn't the one he remembers. Friends and longtime associates don't remember him, there are no official records of Hal Ambler, and when he first sees himself in the mirror, the face that looks back at him is not the one he knows as his own.

"Ludlum packs more suspense into his novels than any other six-pack of thriller writers combined." ( The New York Times)