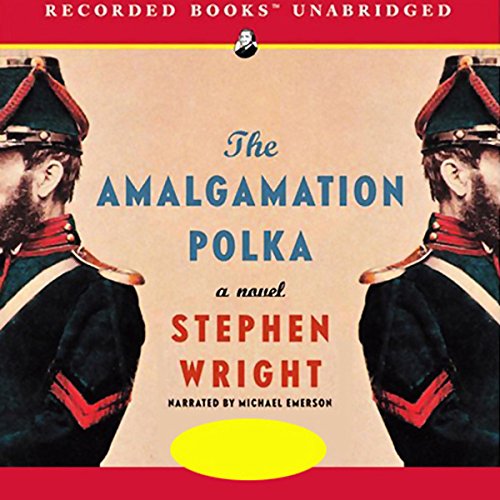 Hailed by the San Francisco Chronicle as "a bright star in the literary sky", Stephen Wright now extends his astonishing accomplishment with a Civil War novel unlike any other.

Born in 1844 in bucolic upstate New York, Liberty Fish is the son of fervent abolitionists as well as the grandson of Carolina slaveholders even more dedicated to their cause. Thus follows a childhood limned with fugitive slaves moving through hidden passageways in the house, his Uncle Potter's free-soil adventure stories whose remarkable violence sets the tone of the mounting national crisis, and the inevitable distress that befalls his mother whenever letters arrive from her parents, a conflict that ultimately costs her her life and compels Liberty, in hopes of reconciling the familial disunion, to escape first into the cauldron of war and then into a bedlam more disturbing still.

Rich in characters both heartbreaking and bloodcurdling, comic and horrific, The Amalgamation Polka is shot through with politics and dreams, and it captures great swaths of the American experience, from village to metropolis to plantation, from the Erie Canal to the Bahamas, from Bloody Kansas to the fulfillment of the killing fields. Yet for all the brutality and tragedy, this novel is exuberant in the telling and its wide compassion, brimming with the language, manners, hopes, and fears of its time, all of this so transformed by Stephen Wright's imaginative compass that places and events previously familiar are rendered new and strange, terrifying and stirring. Instantly revelatory, constantly mesmerizing, this is the work of a major writer at the top of his form.

"This book, rich in an appropriately fatuous, overblown period style, is the morbidly comic counterpoint to Doctorow's The March." (Publishers Weekly)
"An unusually captivating modernist novel set during the Civil War." (Booklist)