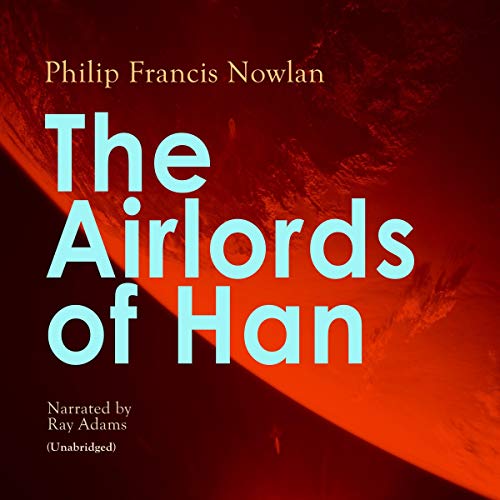 "The Airlords of Han" (1929) is a science fiction novella by Philip Francis Nowlan. The main character and the narrator is Anthony Rogers, who later appears in the various comic strips, radio shows, and film serials as "Buck Rogers". Rogers recounts the events of the war between the American gangs and the Mongolian Hans.

Excerpt from the book:

"We had no more than four long-gunners to the square mile in our first line, but each of these was equal to a battery of heavy artillery such as I had known in the First World War. And when their fire was first concentrated on the Han City, they blew its outer walls and roof levels into a chaotic mass of wreckage before the nervous Mongolian engineers could turn on the ring of generators which surrounded the city with a vertical film of dis rays. Our explosive rockets could not penetrate this film, for it disintegrated them instantly and harmlessly, as it did all other material substance with the sole exception of inertron."