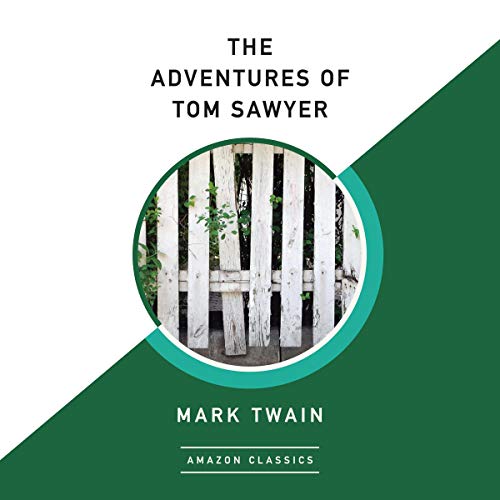 Featured title on PBS's The Great American Read in 2018

Whether he's sneaking doughnuts, mooning over a pretty girl, or snookering the local boys to do his work for him, Tom Sawyer is the consummate schemer - but his charm and easygoing nature keep him from being in anyone's bad graces for long. However, when Tom teams up with his friend Huck Finn, their sleepy Missouri town had better watch out.

Based on Mark Twain's memories of growing up along the Mississippi River, The Adventures of Tom Sawyer is both an idyllic picture of boyhood and an affectionate satire of adult conventions.

AmazonClassics brings you timeless works from the masters of storytelling. Ideal for anyone who wants to listen to a great work for the first time or rediscover an old favorite, these new editions open the door to literature's most unforgettable characters and beloved worlds.