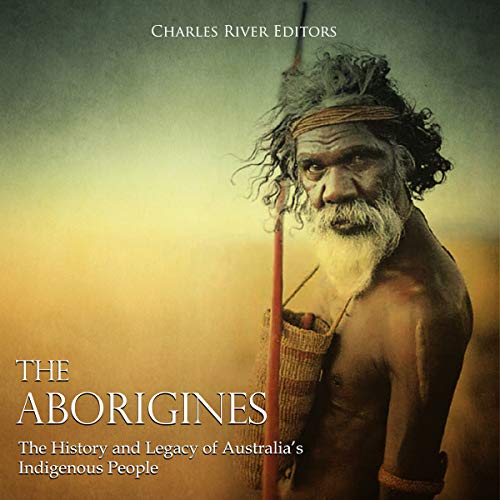 The Aborigines: The History and Legacy of Australia’s Indigenous People

A land of almost three million square miles has lain since time immemorial on the southern flank of the planet, so isolated that it remained almost entirely outside of European knowledge until 1770. From there, however, the subjugation of Australia would take place rapidly. Within 20 years of the first British settlements being established, the British presence in Terra Australis was secure, and no other major power was likely to mount a challenge. In 1815, Napoleon would be defeated at Waterloo, and soon afterward would be standing on the barren cliffs of Saint Helena, staring across the limitless Atlantic. The French, without a fleet, were out of the picture, the Germans were yet to establish a unified state, let alone an overseas empire of any significance, and the Dutch were no longer counted among the top tier of European powers.

Australia lay at an enormous distance from London, and its administration was barely supervised. Thus, its development was slow in the beginning, and its function remained narrowly defined, but as the 19th century progressed and peace took hold over Europe, things began to change. Immigration was steady, and the small spores of European habitation on the continent steadily grew. At the same time, the Royal Navy found itself with enormous resources of men and ships at a time when there was no war to fight. British sailors were thus employed for survey and exploration work, and the great expanses of Australia attracted particular interest. It was an exciting time, and an exciting age - the world was slowly coming under European sway, and Britain was rapidly emerging as its leader.

That said, the 19th century certainly wasn’t exciting for the people who already lived in Australia. The history of the indigenous inhabitants of Australia, known in contemporary anthropology as the “Aboriginal and Torres Strait Islander people of Australia”, is a complex and continually evolving field of study, and it has been colored by politics. For generations after the arrival of whites in Australia, the Aboriginal people were disregarded and marginalized, largely because they offered little in the way of a labor resource and they occupied land required for European settlement.

At the same time, it is a misconception that indigenous Australians meekly accepted the invasion of their country by the British, for they did not. They certainly resisted, but as far as colonial wars during that era went, the frontier conflicts of Australia did not warrant a great deal of attention. Indigenous Australians were hardly a warlike people, and without central organization or political cohesion beyond scattered family groups, they succumbed to the orchestrated advance of white settlement with passionate but futile resistance. In many instances, aggressive clashes between the two groups simply gave the white colonists reasonable cause to inflict a style of genocide on the Aborigines that stood in the way of progress.