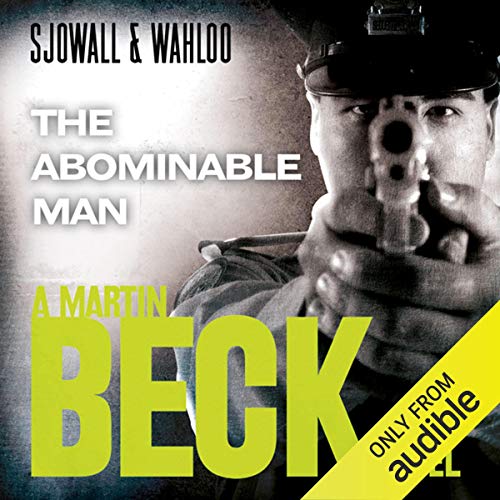 The bloody murder of a police captain in his hospital room exposes the particularly unsavory history of a man who spent 40 years practicing a horrible blend of strong-arm police work and shear brutality. Nonetheless, Martin Beck and his colleagues scour Stockholm for the murderer, a demented and deadly rifleman.

As the tension builds and a feeling of impending danger grips Beck, his investigation unearths evidence of police corruption. That's when an even stronger sense of responsibility and something like shame urge him into taking a series of drastic steps, which lead to a shocking disaster.

"A taut, gripping narrative....A book you won't easily put down." (Chicago Tribune)
"The Martin Beck books are exemplary police procedurals.... The Abominable Man is worthy of its predecessors in this much admired series." (Washington Post)