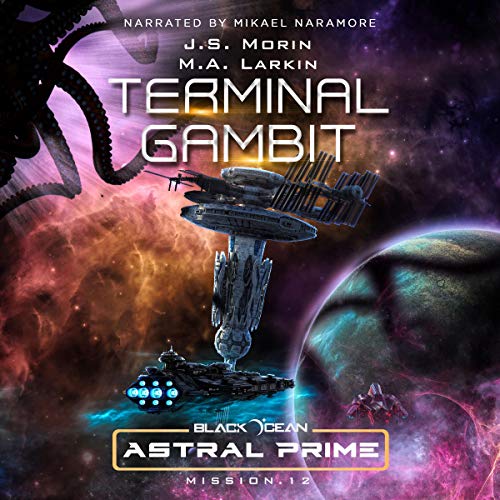 Every mistake carries a price. The worst accrue interest. All come due eventually.

Cedric has discovered the means to fight back, but the price is high. Not all species are capable of carrying out his methods. It's one thing asking ships and crews to fight; it's another to ask them to sacrifice themselves. And yet, the valiant ships of Earth Navy continue to do so.

If only the rest of the galaxy were so brave.

A dark plan unfolds to doom one universe to save another. And an old foe will have to decide where his loyalties lie: to his species, or to himself?

When the war with the cosmic horrors reaches an epic crescendo, everyone is going to have to decide how much they're willing to sacrifice for the sake of their fellow sentient creatures.