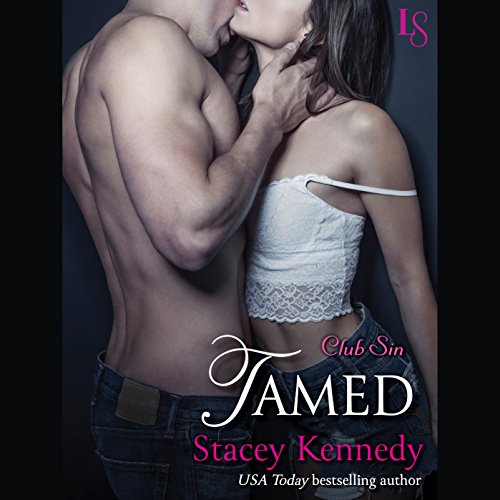 USA Today best-selling author Stacey Kennedy returns to the tantalizing world of Club Sin in an enticing novel of control and surrender.

Porter Marshall has nearly achieved his goal of becoming a Club Sin Master, but his new sub poses a much bigger challenge than he anticipated. Despite their mutual attraction and red-hot dungeon sessions, Kenzie Hart plays her own games. Her bratty, you-can't-break-me attitude masks terrible personal hurt - pain that only the exquisite touch of a skilled Dom can release. But when Porter suggests taking their connection to the outside world, Kenzie denies him...which only makes him want her more.

Kenzie can't ignore the raw, fierce bond she has with Porter. But she can't give in to his dangerous demands, either. Is the passion they share real, or is he using her to solidify his status at Club Sin? And yet, who else can she trust with the shattering secrets she holds within? As Porter expertly brings her to the point of no return, Kenzie surrenders her body - and, piece by piece, her heart.

Tamed is intended for mature audiences.