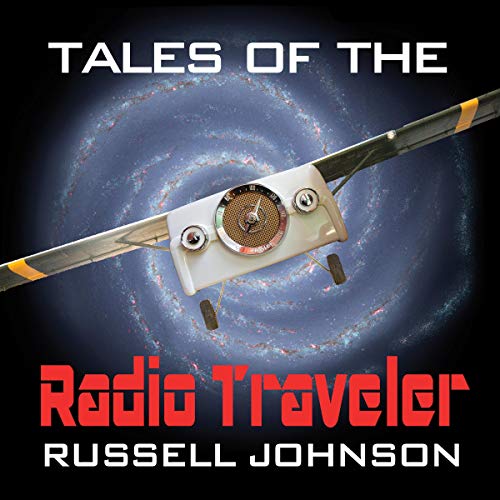 Tales of the Radio Traveler

Tales of the Radio Traveler

Russell Johnson explores the wavelengths of the world as he blends radio lore, science, and wry, sometimes irreverent humor in his adventures in 18 countries. As a child growing up in Midwestern America, radio was his window on the world and the universe. Hearing the faint radio beeps of Sputnik passing overhead, a ham radio operator in Borneo, the million watt voices of preachers and hucksters, and Wolfman Jack howling at America from across the Mexican border demonstrated that there was a world far beyond his neighborhood - even the grip of gravity - a world he wanted to see for himself.

After a career in radio and TV, he traveled to some 60 countries gathering stories, sounds, and pictures, many of which became radio features, videos.

The audio version of Tales of the Radio Traveler goes beyond the book, with actual sounds, music, interviews, and excerpts from radio features. Hear voices and hucksters from old time radio. Ride an elephant into the jungles of Nepal in search of a chicken. Experience a coup d'etat in the islands of Fiji as islanders sing Christmas carols. Attend a royal wedding in Bali. Listen to Arthur C. Clarke talk about his adopted Sri Lanka and speculate about virtual reality. Hear two old guys speaking in Boontling, an almost-lost America folk language.