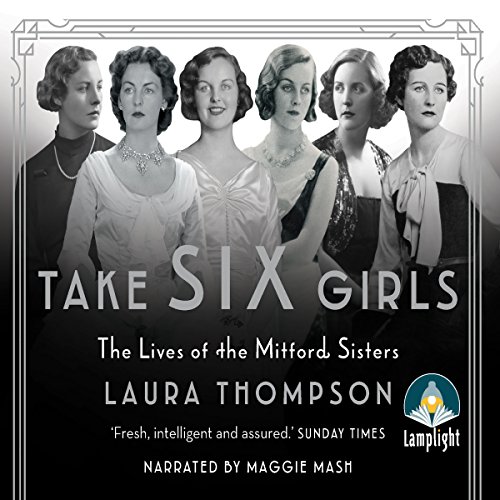 Take Six Girls: The Lives of the Mitford Sisters

They were known as the Mitford sisters: Nancy, Pamela, Diana, Unity, Jessica and Deborah. Born into country-house privilege in the early years of the 20th century, they became prominent as 'bright young things' in the high society of interwar London.

Then, as the shadows crept over 1930s Europe, the stark - and very public - differences in their outlooks came to symbolize the political polarities of a dangerous decade.

"I was enthralled and charmed by this group biography of all six Mitford sisters, which tells the intertwined stories of their stylish scandalous lives." ( The Bookseller)

I liked the book but had to eventually give up on it which was entirely due to the reader. Whilst ordinary flow text is (just about) alright - ghe reading out of diary entries and letters is simply abominable. Maggie Mash reads it out with the voice of a robber baron, even if the entry is just "The weather was bad". It gets worse when she reads something written by a foreigner: Then she puts on a fake non-existent 'forrin accent' which is cringeworthy and insufferable.