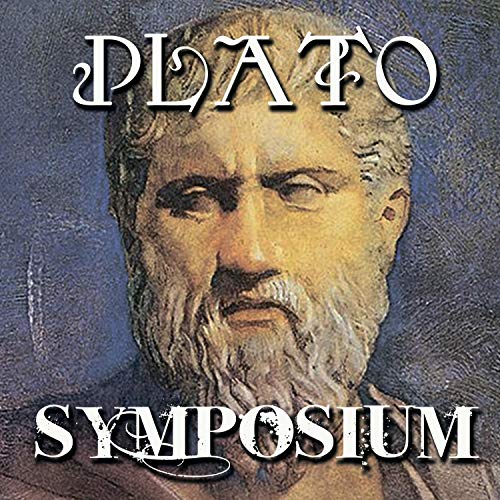 The Symposium (Ancient Greek: Συμπόσιον, Sympósion [sympósi̯on]) is a philosophical text by Plato dated c. 385-370 BC. It depicts a friendly contest of extemporaneous speeches given by a group of notable men attending a banquet. The men include the philosopher Socrates, the general and political figure Alcibiades, and the comic playwright Aristophanes. The speeches are to be given in praise of Eros, the god of love and desire.

In the Symposium, Eros is recognized both as erotic love and as a phenomenon capable of inspiring courage, valor, great deeds and works, and vanquishing man's natural fear of death. It is seen as transcending its earthly origins and attaining spiritual heights. This extraordinary elevation of the concept of love raises a question of whether some of the most extreme extents of meaning might be intended as humor or farce. Eros is almost always translated as "love", and the English word has its own varieties and ambiguities that provide additional challenges to the effort to understand the Eros of ancient Athens.

The event depicted in the Symposium is a banquet attended by a group of men, who have come to the symposium, which was, in ancient Greece, a traditional part of the same banquet that took place after the meal, when drinking for pleasure was accompanied by music, dancing, recitals, or conversation. The setting means that the participants will be drinking wine, meaning that the men might be induced to say things they wouldn't say elsewhere or when sober. They might speak more frankly, or take more risks, or else be prone to hubris-they might even be inspired to make speeches that are particularly heartfelt and noble.

The host has challenged the men to deliver, each, in turn, an encomium—a speech in praise of Love (Eros). Though other participants comply with this challenge, Socrates notably refuses to participate in such an act of praise and instead takes a very different approach to the topic. The party takes place at the house of the tragedian Agathon in Athens. This dialogue is one of Plato's major works, and is appreciated for both its philosophical content and its literary qualities.