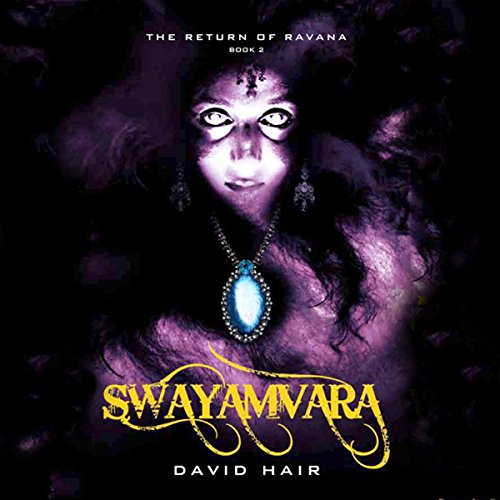 Mumbai, October 2010: Bollywood actress Sunita Ashoka will marry the man who wins her hand in Swayamvara Live, a reality show on television. Vikram Khandavani decides to participate, for he needs to draw out his nemesis, Ravindra. It's a deadly gamble, one that could cost him everything and everyone he loves.

North India, 1175: King Prithviraj Chauhan is about to storm the swayamvara of the beautiful Sanyogita. But Ravindra is coming, riding at the side of a fierce invader. Only Vikram, in his life as Chand Bardai, stands between Ravindra and all the thrones of India.

In the second book of the engrossing The Return of Ravana series, the action oscillates from the floodlit studios of Mumbai to the glittering Rajput courts, while Vikram-Chand and his friends battle an age-old adversary whose power is growing like never before.