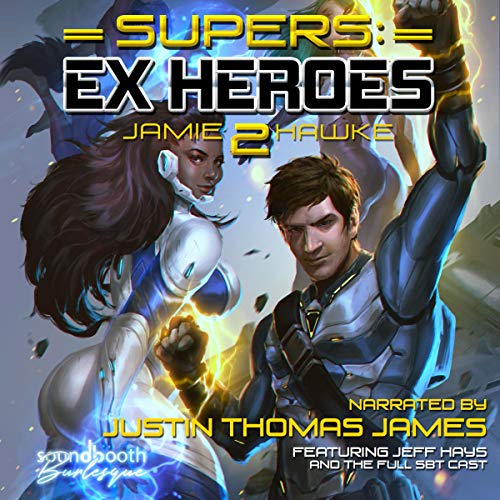 I knew I was losing it when I found myself on a prison ship with three hot chikas all sleeping with me, but I had to be out of my f--king mind to suggest the four of us leap through a black hole because a voice told me to.

And yet, we ended up okay. We found ourselves in another galaxy, on a strange planet, and settled in for a night of spicy delight. If only it could've ended there, right?

Even with all of our super powers combined, we were nearly captured by a dark and powerful enemy. We found ourselves fighting deadly supervillains determined to steal our powers for themselves, teaming up with rebels to take down their slavers, and even entering a gladiator-style arena fight for the point of leveling up and maxing out the skill tree necessary to put all the pieces of this crazy world back together again.

But hey, along the way my harem grew and I learned new ways to kick ass with my powers, so it might have all been worth it. You'll just have to listen to form your own opinion.

Chad, the man with the most convenient super power ever devised by an author of fiction, and his posse of, "lovely ladies", have returned! On their quest to save the universe, Chad expands his super harem even further, and gains more powers with which to combat the forces of evil...

The Soundbooth Burlesque team for this production: