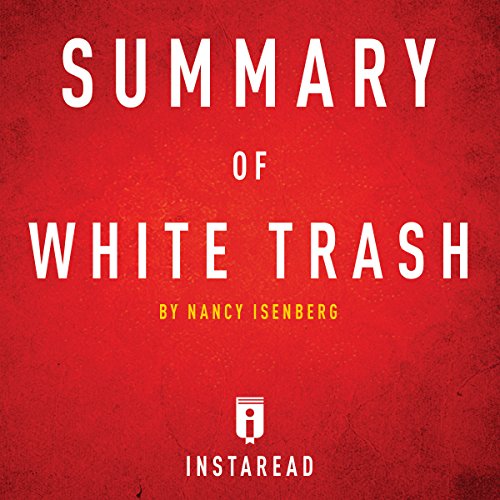 White Trash by historian Nancy Isenberg is a riveting chronicle of class in America as explored through the role and the plight of the white underclass from the days of colonial settlers to the present.

Despite the founders' declaration that "all men are created equal," the reality of life in America has continuously told a different story. With careful research, Isenberg reviews the popular American myth of equality for all and illustrates how poor whites, or "white trash", have traditionally been a much-derided, marginalized part of American society.

Class hierarchy traces back to America's earliest history. Contrary to the myth that American colonial settlers were either enterprising businessmen or devout Christians fleeing religious persecution, the majority were actually economically challenged outcasts or social burdens that the English were happy to be rid of. Many were criminals, vagrants, and orphans who then became indentured servants with no landowning rights.

Please note: This is key takeaways and analysis of the book and not the original book.