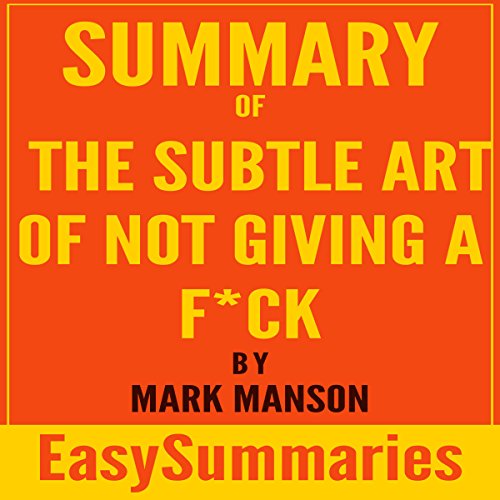 Here's a free excerpt from the book: The first chapter of the book is titled "Don't Try".

By sharing the story of Charles Bukowski, an alcoholic, a constant gambler, a womanizer, and eventually a successful writer, Mark Manson makes the point that one should not try.

Bukowski aspired to be a writer but every publisher and publication he contacted rejected his work. He went into a depression encompassed by alcohol consumption.

His day job as a letter-filer at a post office did not bring much money and whatever he earned, he wasted in gambling. Thirty years passed and when he had turned 50, an editor at a small publishing house took an interest in him and gave him a chance. Bukowski composed his first novel in the time span of three weeks, titled Post Office.

He eventually became successful as a novelist and poet, going on to publish hundreds of poems and six novels, with more than two million copies of his books being sold. This surpassed everyone's expectations.

This is a premium summary and analysis of Mark Manson's popular book The Subtle Art of Not Giving a F*ck.

Designed for the busy people in mind, it will give you a firm grasp on the story without sacrificing for quality!

Give it a try!