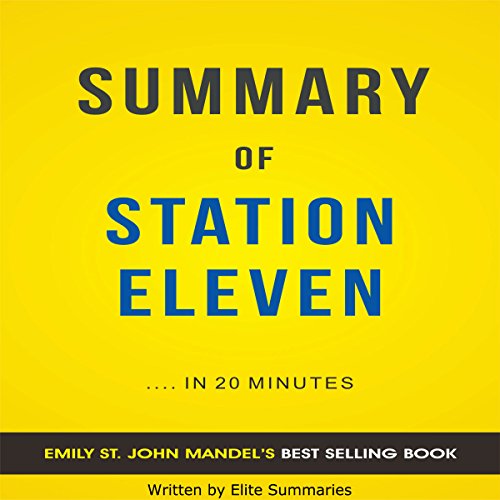 A radiant book. Emily St. John Mandel's fourth novel Station Eleven is a phenomenon - a riveting novel about the survival of human culture after apocalypse hits on civilization and wipes out the majority of the population. Published in 2014, the novel won the Arthur C. Clarke and Toronto Book Award literature awards in 2015. It was nominated for a National Book Award as well as the PEN/Faulkner Award. The book's film adaption is under development. Station Eleven beautifully highlights the contrast between current life and life before a fictional deadly flu collapsed the world.

If you are an Ayn Rand fan, then it is very likely that upon completion of this book, Emily would also be among your favorite authors. You would love the part of the book where survivals rush out to listen to Beethoven and emotions flood out in the form of tears. This kind of instance stirs something in you to think what truly makes us alive. Decisions and choices one makes today eventually becomes one's character and later defines civilizations and humanity.

Unlike so many survivalist stories, the novel Station Eleven is not just about how people manage in the adverse situation, it is beyond just survival. Although it can be classified as sci-fi, the novel has a philosophy humanitarian touch. Well written, critically acclaimed and Mandel's modest yet powerful style of writing makes this book a must-listen for everyone. Buy a copy today itself to understand humanity, to revere human relations and gratify the life we all are blessed today.